The Truth Shall Make You Odd

Reflections (sometimes odd) on the life of faith 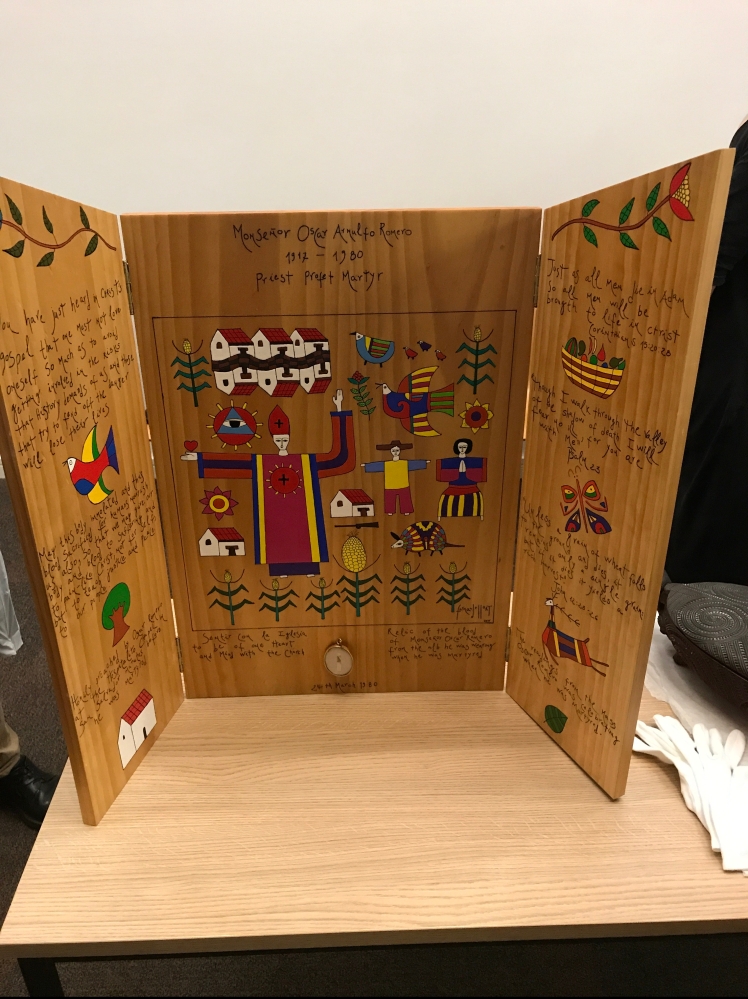 “What lies there are about relics! One claims to have a feather from the wing of the angel Gabriel, and the Bishop of Mainz has a flame from the burning bush. And how does it happen that eighteen apostles are buried in Germany when Christ had only twelve?”

Last year, the reformed churches throughout the world marked the 500th anniversary of Martin Luther’s nailing of his 95 Theses to the door of the church at Wittenberg. In doing so, he triggered the European Reformation. His beef? The corruption, as he saw it, of the Catholic Church, through its sale of indulgences – they were selling salvation to the highest bidder; as Johann Tetzell put it, “As soon as the coin in the coffer rings, the soul from purgatory springs.” His beef extended to relics too – every church wanted a saintly segment for pilgrims to visit and venerate, but with no reliable means of authentication, the sale of bogus bits of bone was rife! Luther wanted to rid the Church of this dishonesty.

You might be tempted to think that, as a good Anglican, I agree with Luther’s assessment of relics, but holding that the Church of England is both reformed and catholic, I’m going to write something that will have dear old Martin Luther turning in his grave:

I love a good relic.

Now, don’t get me wrong, I think Luther had a point about the sale of relics, but now that the Reformation has done its work, I think it’s time we developed a healthy relationship with relics, or more accurately, with the saints. Whilst it is true that the pre-Reformation antics of selling relics gives us a window into the human capacity to cash in on a good thing, the desire to be close to the relics of the saints also tells us of a deep desire to live Godly lives, just as they did. I think I discovered something of that desire last year, so I want to tell you about my afternoon with a bloodstained alb.

Last summer, I attended the National School Chaplains’ Conference. One of the lectures was by Jan Graffius, the curator of the Jesuit library and collection at Stonyhurst College. She told us about how she was invited to take part in the conservation of the blood-soaked vestments of Oscar Romero, who was murdered whilst saying Mass in 1980; murdered because the government of El Salvador could think of no other way of silencing a man who sided with the poor and defenseless. Jan brought with her the most beautiful triptych; three wooden panels painted and carved with the words from the readings and the homily of the Mass that Romero was celebrating when he was murdered. In a tiny glass locket, hanging from the central panel is a thin strip of the bloodstained alb that Romero was wearing when he died.

Jan described how she discovered white crystals on Romero’s trousers and after further investigation found that they were salt crystals, formed as a result of a sudden and profuse sweat – according to eyewitnesses, Romero flinched having seen the gunman at the back of the church. Had he realized that his death was immanent and perspired as a result? In an article recalling her work on the preservation, Jan wrote:

“For me, such a revelation was profoundly moving, reminding us that martyrs are also truly human. Romero was very aware of the risks he ran in opposing the government; how could he not be, with death threats landing on his desk almost weekly? He persevered in his fight against injustice strengthened by his deep love for Christ.”

This was a man who feared his own death and on that fateful morning, preached these words:

“You have just heard in Christ’s Gospel that one must not love oneself so much as to avoid getting involved in the risks that history demands of us and those that try to fend off the danger will lose their lives.”

As he did so, he was shot dead and so lived out his own words to the highest degree. And there I was, within touching distance of his bloodstained alb.

Thanks be to God that he will become Saint Oscar Romero, next Sunday at a ceremony in St Peter’s Square.

Why am I telling you this story? Because the stories of the saints and the presence of the things they have left behind (which is the meaning of the word relic) urge us on to be our best selves. As Jan wrote:

“…nothing emphasises the reality of sacrifice and devotion quite like a sliver of bone or the skin or hair of a human being who has died in Christ, collected clandestinely by followers who risked their own freedom to show honour to those who have given their lives for their beliefs.”

Jesus is clear about the challenges that the Christian life will bring:

“See, I am sending you out like sheep into the midst of wolves; so be wise as serpents and innocent as doves. Beware of them, for they will hand you over to councils and flog you in their synagogues; and you will be dragged before governors and kings because of me, as a testimony to them and the Gentiles…Brother will betray brother to death, and a father his child, and children will rise against parents and have them put to death; and you will be hated by all because of my name. But the one who endures to the end will be saved.” (Matthew 10. 16-18, 21-22)

There are times, far too many times, when I think that I can’t do it – I’m too weak, I’m too cowardly, I’m too comfortable to go through “the great ordeal,” as the Revelation of John puts it. Five hundred years ago, Martin Luther wanted the saints to step aside so that we could have a direct line to God in Christ. If I’m honest, that scares me a bit – I’m not sure that I can look Christ in the eye and live up to his call. That’s why I need the example of the saints: saints who wrote about how frightened they were or sweated as they faced their own mortality, to help me to imagine what might be possible in my own life, despite myself.

On afternoon last June, I spent an afternoon with a bloodstained alb and understood more deeply why I need the saints.

Blessed Oscar Romero, pray for us.

© Craig John Huxley-Jones and www.thetruthshallmakeyouodd.com 2018. Unauthorized use and/or duplication of this material without express and written permission from this site’s author and/or owner is strictly prohibited. Excerpts and links may be used, provided that full and clear credit is given to Craig John Huxley-Jones and www.thetruthshallmakeyouodd.com with appropriate and specific direction to the original content.